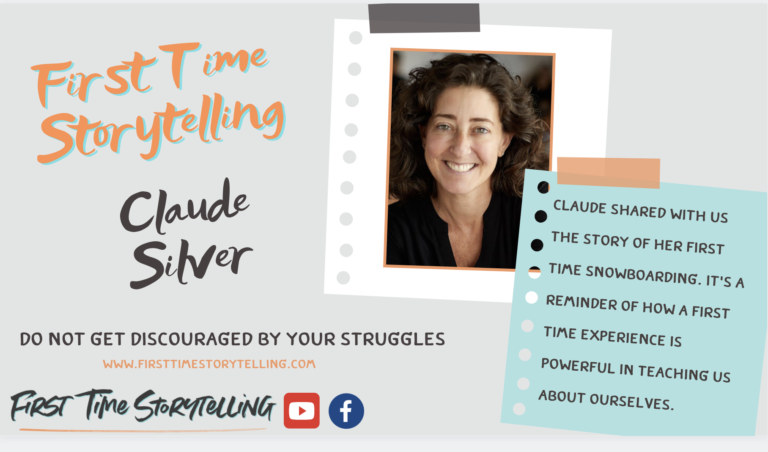 In this episode, Ann spoke with guest Claude Silver, a Chief Heart Officer at VaynerMedia. Claude is a risk-taker who loves many sports. She shared the story her first time snowboarding, an activity which is now her favorite sport.

Silver’s story begins in Santa Fe, New Mexico in the year 1985. She was about 15-years-old when she went to the slopes with her brother and his friends. Snowboarding drew Claude’s attention because of its high-speeds, and she was eager to try it. At the time, snowboarding was still a relatively new sport. It was difficult for her to find gear made for snowboarding, but her brother had done the sport before and she relied on him.

While going to the mountain, Silver felt fairly confident that snowboarding would be easy because of her athleticism. But, the slopes quickly proved her wrong. She fell on her rear multiple times and got exhausted from the constant pushing motions. Claude felt like an embarrassment to her brother but followed him to the blue slope anyways. She struggled her way down the hill in an attempt to catch up with her brother and did not expect it to be so difficult.

Finally, Claude caught up with the rest of the group. The only problem was that the only route off of the hill was a cliff covered in trees. It seemed difficult even for a seasoned snowboarder, but her brother and his friends left her to figure it out. She sat on the cliff, wondering what to do. As tears streamed down her face, she wondered if she would be stranded on the mountain forever. Silver had no experience at all and felt more alone than ever. She did not think that she would ever make it down herself.

Finally, Claude decided to get up and start walking down. As she walked, she felt the need to prove herself to her brother. So, she followed her instinct and hopped back on the board. Although not gracefully, Claude scooted down the hill until she met up with her brother and his friends yet again. They could tell she had been crying, but Silver did not care because she made it down all by herself regardless. This event sparked her love for snowboarding. The sport has had her hooked ever since, and she learned to snowboard all on her own.

Snowboarding is now Claude’s favorite activity. Despite of her initial failures, she returned to the slopes whenever she could to practice her new hobby. It took time and effort, but snowboarding helped her build up the courage she needed. Even in other situations which test her courage, such as her 93-day outward bound journey, she uses this event to remind herself to keep on pushing.

From Silver’s story, we can learn the importance of realizing our weaknesses and not shying away from them. Being alone in her situation left her with no option other than to figure it out the hard way. Although she struggled at first, she now enjoys snowboarding because she did not let her failure stifle her. If you keep trying at something that is difficult for you, there is always a chance that you just may end up loving it.